The Ladima Foundation have presented the 2020 edition of the Adiaha Award for Best Documentary from an African Woman on Sunday August 30th at the Encounters International Documentary Film Festival.
The jury selected Tamara Mariam’s Dawit personal political story, Finding Sally. The jury, represented by Theresa Hill of STEPS said, “the jurors and I thoroughly enjoyed watching the films selected in this category and were unanimous in our selection of the top 3 films. In 3rd place is Beyond My Steps by Kama Lara, 2nd place Mother to Mother by Sara de Gouveia and the winner is Finding Sally by Tamara Mariam Dawit. This film is a touching exploration of personal and collective history. The filmmaker questions notions of family, identity, belonging, personal conviction, idealism and political engagement. This film is not only about family history, it’s not only personal. It’s about a country’s history.” 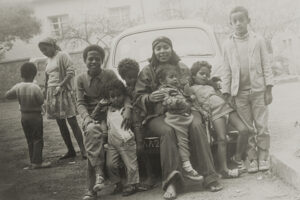 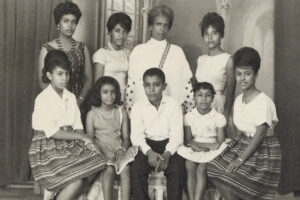 The personal and political Ethiopian film sees Tamara Dawit draw together the pieces of mysterious life of her aunt Sally forty years after her disappearance. She revisits the Ethiopian Revolution and the terrible massacre that followed, which resulted in nearly every Ethiopian family losing a loved one. Her quest leads her to question notions of belonging, personal convictions and political ideals at a time when Ethiopia is going through important political changes once again.
The Adiaha Award was initiated at the Zanzibar International Film Festival in 2017 and has previously been awarded to Samantha Biffot (2017), The African Who Wanted to Fly, and Phillipa Ndisi-Herrmann (2018), New Moon.
The Adiaha Award includes $2,000 towards the winner’s next film, and also an invitation to screen the film and attend The Dortmund | Cologne International Women’s Festival 2021 edition.
Adiaha means first daughter in the Ibibio language of Akwa Ibom State in Nigeria and the award is meant to both celebrate the achievements of African women directors, as well as encourage African women directors to submit their films to film festivals.
The Ladima Foundation is a Pan-African non-profit organisation founded with the aim of contributing to correcting the major gender imbalances within the film, TV and content industries.
The Ladima Foundation supports and recognises African women in Film, TV and Content. Through training and networking programmes, we uplift, connect and include. Ladima operates in the spirit of positivity, excellence and integrity. Lominat in high spirits after National Liquor Factory take over

No corona above there