The highly anticipated but delayed contract farming proclamation has been tabled to the House of Peoples Representatives.
The proclamation that experts in the sector frequently suggested to be establish under a legal framework to boost the agricultural sector as well as for structural transformation has finally been tabled at the parliament on Tuesday for ratification.
Experts in the sector have suggested that the legally binding law shall allow farmers and buyers who get on the contract farming to benefit equally on mutual and trust basis rather than the current effort of using out growers without any formal procedure.
At its preamble, the draft proclamation stated that it is tabled on the aim to increase quality, productivity, competitiveness and improve the linkage between the agriculture-sector to agro processing that leads to economic transformation.
It added that farmers will focus on the market oriented products to create long term relation with value addition processers, agro processers and big buyers.
“The contract farming will support the establishment of higher production and productivity primarily based on knowledge, technology transfer, and market linkage on legal framework,” the preamble explained.
The explanation attached within the draft proclamation that is supported by the House of Federation states that the law will help to form legal binding and productivity elements.
It added that besides improving production and productivity and post-harvest wastage, farmers shall get strong and sustainable market linkage to buyers.
In addition to the benefit for the two parties it has also presented an opportunity to boost the sector development.
According to the explanation document attached within the draft proclamation, on the scheme, farmers shall get better technology, technical support, new market, and finance. It added that on the other side receivers shall get quality product as per their standard, on time and sustainably. “Due to these contributions, the agricultural sector shall embed structural change and poverty reduction shall be attained,” the explanation said.
It said that such kind of law shall frame the negotiation between buyers and producers and benefit, mainly the producer, who are mostly very small scale producers that are easily dominated by buyers.
“The agriculture sector is highly vulnerable to external factors like climate change, disease and others. In order to unburden this, the legally supported contract farming has also helped to de-escalate the disagreement between the two parties that shall be created because of the reason mentioned above,” it explained.
The proclamation shall also give an opportunity to establish a legal binding contract on the contractor farming scheme. It recalls that currently there are efforts to work together under contract farming but that is not supported by legally bandaged law.
Technology, technical support, finance as well as labour shall be provided on the scheme of contract farming under input arrangement.
In the past, rather than supporting small scale farmers under contract farming or out growers, the government had transferred their plots to investors and they settled in other places or facilitated compensation, which creates massive disagreement and dispute.
Under the draft proclamation, article two, there are two types of contract farming; the first is that investors provide input that includes technical, finance, and technology support for the surrounding small scale farmers as out grower scheme, and the second is that contract givers who received the agricultural products like industries, exporters, market centers, correction centers, and hotels get agreement with farmers and provide input support.
The scheme will allow the farmer to deliver the product in accordance to the agreed upon quality, quantity and time and the buyer in turn must commit to purchasing the cultivated product and has to provide farming inputs including seeds, fertilizer and technical support.
Agricultural produce means all produce, whether processed or not, of agriculture, apiculture, sericulture, horticulture, floriculture, aquaculture, animal husbandry, or forestry as well as products directly derived from this produce including milk, honey, and silk.

REQUEST FOR PROPOSALS FOR UNICEF

A clean city is everyone’s responsibility 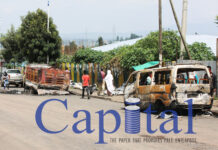 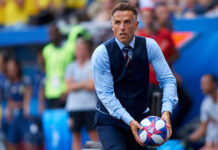 EU to support 1 Trillion Euros of investment for sustainable climate...

Fertilizer to be transported by train