Africa faces a substantial increase in illegal drug use, fuelled by organised crime and ineffective policy. In the next 30 years, sub-Saharan Africa will see the world’s biggest surge in illicit drug users, with its share of global drug consumption projected to double.
This is according to comprehensive new research and analysis of Africa’s drug trade, policy and future consumption trends by the ENACT transnational organised crime programme. ENACT is a partnership between the Institute for Security Studies (ISS), INTERPOL and the Global Initiative Against Transnational Organised Crime (GI), funded by the European Union. The research was released in Addis Ababa on Thursday 5 September.
It is anticipated that by 2050 there will be an additional 14 million Africans using illegal drugs, with a total of 23 million users in sub-Saharan Africa. The continent has also dominated a global expansion of non-medical use of pharmaceutical opioids, with 87% of global seizures in 2016.
East Africa will experience the sharpest increase in the proportion of its population using illicit drugs, and West Africa is set to remain the continent’s largest regional drug market.
West Africa’s role has also expanded as a global trafficking hub for drugs, particularly cocaine. The region’s drug users will more than double from about 5.7 million in 2018 to 13 million in 2050. An underground economy has developed around the production and distribution of methamphetamines, particularly in Nigeria.
Africa’s dangerous drugs phenomenon is driven by weak regulation and organised criminals operating across national borders. It is assisted by global production of cocaine and heroin to levels the 2018 World Drug Report says are the highest ever recorded.
A growing heroin economy has emerged from the international drug smuggling route down the East Coast of Africa for shipment to international markets.
Drug use threatens African health and national development, ENACT said. The drug trade, fuelled by organised crime, corrupts democratic institutions and threatens the achievement of the sustainable development goals. African consumption of illegal drugs is projected to become a public health emergency but the continent has a dramatic inability to meet demand for treatment. For example, 2017 data revealed that 40% of high-risk drug users in Nigeria wanted treatment but were unable to access it.
The African Union (AU) and its regional economic communities need to act urgently to address the drug challenge, said Eric Pelser, ENACT programme head at the ISS. ‘Illegal drug use poses a formidable law enforcement and public health problem to governments in Africa,’ he said.
Use of injected drugs like heroin risks another spike in HIV and other diseases, and the growing significance of Africa as a drug transportation hub will place enormous strain on law enforcement.
Participation in drug trafficking offers political, security and business leaders windfall profits, says GI’s Mark Shaw, an organised crime expert. ‘They can conduct electoral and security campaigns, feed patronage systems, or take a fast track to wealth and power. In turn, politicians and security leaders can offer traffickers protection or even assistance.’
African drug markets are becoming ever more sophisticated and increasingly take advantage of secure innovations such as blockchain technology, cryptocurrencies and trading platforms on the dark web.
Disproportionate harm from poor policy
African drug policy is complex and controversial, and previous attempts to respond to drug trade and consumption have done a disproportionate amount of harm with limited results.
Securitised responses have had unintended consequences. Drugs became a revenue source for terrorist organisations, national prison populations expanded and generations of young people were disenfranchised by criminal convictions for low-level drug crimes.
Continental drug markets continued to expand even as illicit crops were destroyed, drug users imprisoned, illicit labs dismantled, and drug shipments seized. There is a growing evidence base for the human and economic costs of the failing ‘war on drugs’, with health institutions and civil society voices pushing for a new direction in drug policy.
Most drugs remain illegal across much of the continent, but there is a wide discrepancy in how they are policed and controlled. The traditional consensus on full prohibition by African governments is breaking down and some states now recognise legalisation of drugs as a more effective approach, with AU and national policy makers tackling Africa’s drug challenge with evidence-based policies which include law enforcement, social welfare and public health.
ENACT made a number of policy recommendations. It said effective responses must reduce production and trafficking of drugs, coupled with demand reduction and expanded healthcare for treatment of drug users. Data collection and monitoring of drug use should be expanded and coordinated, and the stigma removed from drug use and the need for treatment.
All regions of the continent should bolster their intelligence-led cross-border law enforcement to curb supply and production of illicit drugs, targeting traffickers rather than users.
INTERPOL has been supporting the establishment of analytical units in a number of African countries and developing capacity to address the drugs issue. This approach has already proven to be effective as these units have started to produce their own analytical products. Pilot countries have also expressed their will to disseminate the culture and method of criminal intelligence analysis, using their analysts to provide training within police schools. 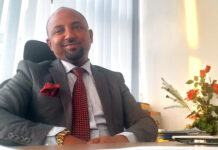 Online shopping portal with its own warehouse enters the Ethiopian market

Arba Minch town water and sewer to use M-Birr