BGI Ethiopia, a pioneer foreign brewer in Ethiopia, has finished buying out all the shares in Zebidar Brewery at a total cost of 1.825 billion birr.
Previously in January 2018, the mother company of BGI Ethiopia, Castel Group, bought the shares of Belgian brewery, Unibra S.A. which was the major shareholder of Zebidar.
Since then the board of Jemar General Industries, a company formed by Ethiopians had a 42 percent share in the brewery. Zebidar Brewery is located about 166km south west of Addis Ababa at Gubre Woreda around Welqite town of Gurage Zone, SNNP.
According to information Capital obtained from BGI Ethiopia, Jemar and BGI agreed on the buyout of the Ethiopian share at more than 1.8 billion birr.
“Of the stated amount about 430 million birr is capital gains tax which has already been settled,” sources at BGI said.
Jemar has also received a 350-million-birr installment and the balance will be settled every month based on an agreement between the two sides, according sources.
Initiated by local shareholders Zebidar began making beer on January 5, 2017 with a unique pull-off cap bottle and an investment of 1.3 billion birr. The factory has a production capacity of 350,000 hectoliters per year.
Jemar has 1,100 shareholders who invested in the brewery and Zebidar is the second beer maker in the SNNP region after Hawassa’s BGI factory.
BGI was the major shareholder at Raya, taking 42 percent. They took the remaining 58 percent by investing 2.5 billion birr in 2017.
Currently BGI has diversified its breweries, including; south Ethiopia at Hawassa, 275km of south of Addis Ababa, in north Ethiopia at Kombolcha, 376km of Addis Ababa in Amhara region, and Maychew, 667km north of Addis in Tigray region in addition to its factory in the heart of Addis Ababa around Mexico Square.
In 1997 BGI became the first foreign brewery to invest in Ethiopia. It is also the owner of the oldest brewery and beer brand, St George, after it bought the brewery when it was privatized at a cost of about USD 10 million.

SOME GOODS AND SERVICES SHOULD STAY IN THE PUBLIC DOMAIN

Careful not to Slide into Patronage Politics

Save the Children marks the 30th Anniversary of UNCRC 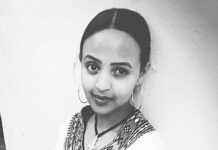