Ethiopia is anticipating full access to energy, water and sanitation by 2025 as Lighting Ethiopia and Wash programs have been utilized effectively though the Energy, Water and Irrigation.
Minister Sileshi Bekele, underscored in his opening speech at an international conference that aims to draft a 30 year road-map to Ethiopia’s challenges and opportunities where Ethiopian scholars from many disciplines gathered to consult for two days at Skylight Hotel to come up with recommendation which the government has vowed to take into consideration.
“I can guarantee you that the government will take your comments as an input for our comprehensive development endeavor,” said Minister Dagmwit Moges, Ministry of Transport.
As Ethiopia’s population continues to grow dramatically and is projected to reach 200 million by 2050, the scale of challenges that await the country in terms of basic and critical infrastructures in energy, water, food, housing, transportation, renewable resources, etc., Ethiopia’s seasoned scholars gathered for proactive efforts in predicting these massive needs to carried out early and thoughtful plans to address the issues.

In the two-day international conference, 64 papers were presented for close to 400 participants.
“My job today is to make all of us uncomfortable with the hope that this will propel us forward,” said Debrework Zewdie, professor of public health and leadership from the United States.
“Only half the population has access to clean water. Only 15 percent have access to improved toilets. Right here in Addis Ababa only 10 percent of the houses have municipal sewerage access. The literacy rate is only 39 percent, which is low below the least developed average of 77 percent,” she said.
She stated that every year more than 257,000 children under the age of five die and 120,000 die in the neonatal period. Over 70percent of Ethiopians do not have electricity including 24percent of primary schools and 30percent of health centers.
She further stressed the need to use technology and abandon doing business as usual, adding that Ethiopia will not meet any of the 17 Sustainable Development Goals, which replaced the eight Millennium Development Goals.
To finance these goals, Debrework urged government officials to stop stealing money from the country as she believes that the illicit money migrating from the country can do a lot.
“Through sets of grand visions and a series of peer-reviewed research reports and white papers by subject matter experts in a variety of engineering, technology, and planning disciplines, the report will offer bold, feasible, and actionable grand ideas for addressing the top 10 grand challenges of the country,” the organizers of the conference stated.

The major thematic areas identified include: food security, education and skill development, sustainable resource management, information communications technology, energy, health, urbanization, transportation, manufacturing, environment and employment.
“The refined outcome document from the conference will be submitted to the government to be used as a policy input based on pure data-driven decision making and policy advice in Ethiopia,” said Arega Yirdaw President of Unity University and one of the organizers of the conference.
As the rapid growth of population presses on urbanization, 25 new cities with sizes equivalent to Dire Dawa are required or 10 cities such as Addis Ababa, Bahir Dar, Hawassa, Adama, Mekelle, and Dire Dawa will have to become mega cities of 10 million or more to accommodate this growth as the country’s urban population alone is projected to reach 70.5 million with urbanization rate of approximately 37percent, up from the current rate of 16 percent in 2050.
Food security will be other grand challenge as the climate change continues to impact Ethiopia as well.
The country still faces food deficits from year to year; at times the deficits reaching almost 2 million metric tons per annum. Particular focus should be given for new technologies and approaches in soil management, agriculture, irrigation, and crop science that could help further improve food production in the country.
Tadsse Haileselise, presented a paper on food security to exhaustively engage in production of teff by changing the course of our rivers from the west when ample water resources are found on the eastern part of the country where there is a large amount of arable land.
“We have to pay significant amount of money for the farmers and for our unemployed youth to benefit to our potential,” Tadesse stressed.
“The irrigation program, means a lot for food production like fisheries, crops and livestock production. And that leads us to food security,” adds Silesh Bekele.
The papers presented by the scholars are expected to be summarized into a single policy recommendation that can be used as policy input by the government, according to the team of presenters.

Addis Ababa may administer and sell power and communication 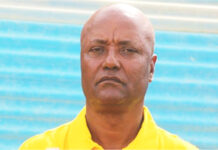 An impressive Hadiya-Hossana side on the build up