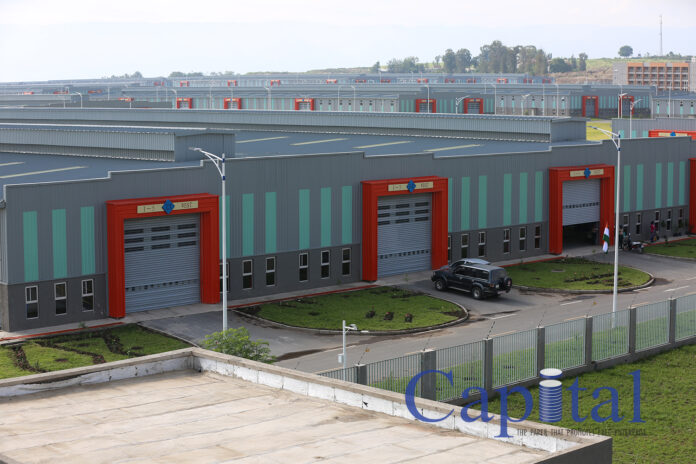 Ethiopia has generated 500 million dollars in revenue from Foreign Direct Investment (FDI) in the first quarter of the current fiscal year.

According to Lelise Neme, EIC commissioner, the commission has achieved 50 percent of its goal despite the numbers showing 20 percent decline in relations to the same period, the prior year.

The 20 percent decline was as a result of the surge of the pandemic that has hit the globe hard. Given the circumstances, the commissioner acknowledged that the amount generated this fiscal year is considered a success in its right.

Additionally, the country has earned 46.1 million dollars in revenue from exports in the industrial parks which accounts for 71 percent of the targeted 64.8 million dollars.

Lelise explained that in the last three months 44 projects had received implementation and an additional 36 projects had started their operation. According to Lelise the highest investment registered is from china.

Apart from project implementation, the commissioner noted that the Commission has been supporting investors and assessing the contributions of firms in terms of tax, employment, among others.

Lelise echoed that as part of the commission’s support it has streamlined itself with the government in preparing a recovery package that will help businesses that faced vandalization and property damage following the riots that ensued after the assassination of the famous Oromo singer Hachalu Hundessa, on 29th of June.

“Associating with different relevant governmental sectors the commission is conducting a study on the damages that have paralyzed the businesses and the significant support mechanisms for the recovery processes of business are being undertaken,” said Lelise.

“When it comes to this kind of support, we have liaised with the Ministry of Finance which will officiate the details of the support to the businesses,” she said, indicating that the support includes import of vandalized machineries duty free, provision of loans from banks to the businesses and revision of existing loan repayment terms, among others.

“A directive with full details of the support of the government to the businesses will soon be revealed by the Ministry of Finance. However, until the details are completed by the Ministry the commission is working round the clock to give urgent support,” she added.

Societal awareness being one of the challenges that the commission faces, the commissioner has stated that the local community will be engaged on where the investment projects are located in cooperation with regional governments and investment offices.

“The commission will also give priority to the local community in the working investment projects, so as to benefit the community directly,” she explained.

But according to Sandokan Debebe, CEO of the Industrial Parks Development Corporation (IPDC), there is no such kind of direction set by the government.

“The decision depends on the market and economic policy, for now there is no decision to stop building industry parks,” stated the CEO, adding that making sure the existing parks are fully operational remains as the target focus as opposed to building new parks.

The Future of Manufacturing in the Global South