Often called the lung of Addis Ababa, as a result of many long distance runners using the forest for training, Entoto Park was not a particular flocking area for thousands of people a day. This is quite a different story now that the area has benefited from the ‘beautification of Sheger initiative.’
The ‘beautification of Sheger initiative’ was a project launched by the prime minister to clean river steams and under developed areas to tourist attraction spaces. This factor has led to the building and construction of the park that started a little over a year ago with an aim of transforming the Ethiopian tourism sector.
The residents of Addis Ababa had hugely anticipated the inauguration of the park and their longing came to an end on the 30th of September 2020 when PM Abiy officially inaugurated the park in a colorful ceremony in the presence of government officials, members of the diplomatic corps and charismatic citizens.

Prior to this, Addis Ababa residents often went to nearby cities for reaction and fun memorable times with their family, friends and loved ones. Now the destination has shifted to the park in their home city. This includes, Kidst Alemneh who was at the park on Sunday, with her two older sisters, and their four kids. “There is no place I would rather be than here, especially with my kids. It is unbelievable to see the constructional transformation within one year,” she happily uttered.
Even though there were people who were lamenting over the construction amidst the time of state collapse and ethnic violence, millions of other citizens have been amazed by the rapid implementation of the construction. Some officials during the inauguration expressed that the park was a representation of how fast some projects might be completed on order for them to be delivered to the public for utilization.
The park, which took about one year to complete, is equipped with various facilities, including sport centers, restaurants, horseback riding, artificial lake as well as sports centers. There are about 12 service providers, including Kuriftu resort and spa. Visitors can have a taste of authentic Ethiopian coffee at the park served by major brands in the country such as Kaldis’ and Tomoca. Art galleries and children playing grounds are also available.
Fuad Ahmmed, human resource manager at Kuriftu resort and spa at Entoto park stated that Kuriftu had a café, restaurant, spa and rooms available within the premise.
“A sprawling complex in the Addis Ababa hills complete with a spa, tents, stables and a go kart track, along with restaurants and jogging and cycling trails.
We have all of these world class standard services at affordable price,” says Fuad.
Faud also informed capital that thousands of people come to the park especially on weekends where tens of thousands of people come to the area.
Apart from serving as a tourist attraction, the park has become an income generator for nearby residents including Amanuel balcha and his friends.
For Amanuel, found in his early 20s, explains that the park has given him and friends a new source of income.
“I reside in Shiromeda, which is close to the park. I used to work at a pool house until the pandemic which resulted in the shutting down of the house. For the past five to six weeks the park has given me a chance to rent my bicycle. I rent it 5 birr per minute and if I rent it to at least ten people a day per minute for ten minutes, it will generate 500 birr per day, which is really huge amount of money for me,” he enthusiastically expressed.
Hibret Mengstu is also one of the nearby residents who call Shiromeda, home. She was working in the park for the past 10 months during the construction phase earning about 150 birr per day. Now she is one of the Kuriftu’s employees. “I now receive a monthly wage of 4500 birr,” she stated.
Some 400 women who used to make a living by collecting fire woods in the forest have been trained to work for the restaurants and cafes in Entoto Park. Also Kuriftu has about 230 employees currently and Fuad, the human resource manager at Kuriftu has said that when the park starts its full operation the number will grow to more than 400.
Many hoped that the Entoto natural park will create employment opportunities for thousands of locals, when it eventually operates at full capacity.
Speaking at the inauguration of the new legislative year at the parliamentary house, Prime Minister Abiy said that the park will create 10,000 new jobs.

“The park will greatly boost both the country’s image and, together with other schemes, its incomes too,” he said, adding that he had personally raised funds for its construction.
Abiy said that the multi-purpose park would contain indoor and outdoor facilities built mostly with local materials, including centers for physical activities, a library, restaurants and coffee shops, fountains, walkways and bicycle and scooter lanes.
He underlined that the park would serve as a major tourist attraction in Addis Ababa. “We can build 30 to 40 such parks in the city of Addis Ababa alone.”
“We possess a naturally endowed country with astounding beautiful places. If we cooperate with each other, we can build spectacular places like this every year which can be used for various purposes including for recreation,” said the PM.
“We’ve shown you don’t need extraordinary efforts to build landmark structures. Ethiopia has naturally endowed areas beyond what many of us have guessed,” he further said.
Earlier this year, the Ethiopian PM unveiled plans to transform several natural wonders across Ethiopia into modern tourist hotspots.
Entoto park inauguration came a little over a month after the inauguration of the Sheger Park which is also part of the riverside development project.
Amid the turbulence, Abiy has paid careful attention to Friendship Square, often visiting the site late at night to take stock of progress, according to aides.
The decision-making around these urban projects has been reminiscent of past administrations and foreign tourists are an obvious target for the projects in Addis Ababa. However, officials say all Ethiopians stand to benefit, while pointing to additional projects planned outside the capital.

Location selection for new international airport to be known by end...

Dilla takes the lead in Super League Group “B” 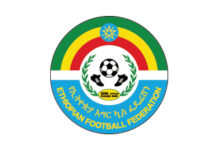 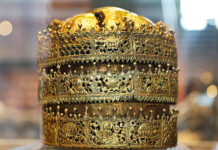 V&A in talks over returning looted Ethiopian treasures in ‘decolonisation’...