The Intergovernmental Authority on Development (IGAD) health ministerial meeting on refugees and other cross-border programs was held at the Hilton Hotel this week. The meeting focused on discussing and endorsing the validation of the IGAD HIV, tuberculosis, and malaria strategic plan for 2018-2025.
During the opening session of the meeting Yifru Berhan, Minister of Health, stated that the IGAD region, with its Member States is often plagued by frequent, protracted and violent conflicts.
“Our borders are porous allowing a huge cross border movement of people. The region is severely affected by a high level burden of health problems, such as HIV, TB, malaria, other non-communicable diseases including cancer. Maternal and child deaths in our region are the highest globally which increasingly kill more people in the region,” the Minister said.
He further underlined that cross-border mobile population, including refugees’ health matters need special thoughtfulness, whereby IGAD with Global Fund support that started implementing the TB HIV program in 31 refugee camps of IGAD member States is very impressive with good prospects.
“In addition, the current IGAD Regional Strategic Plan for 2018 – 2025 was prepared with the support of the Global Fund in order to scale up and strengthen the cross-border health programs to all vulnerable groups including pastoralists and cross-border mobile populations, refugees, Internally Displaced populations (IDPs), returnees and the host communities in our region,” he also said.
The Minister called up on all Members of States to support all the vital regional Health Programs, particularly the intervention towards addressing the health needs of refugees, returnees, IDPs, pastoralists and cross-border mobile population.
“Our Ministerial Meeting is now expected to endorse the IGAD Regional Strategic Plan for 2018 – 2025, the guidance for TB HIV services in the refugee settings and support the Global Fund Request for Regional Application,” he added.
The meeting also called upon Ministers to integrate refugee health issues and others mobile population in their national health system. It also appealed to health ministers, especial in Ethiopia to provide support for the establishment of the cancer center of excellence for the benefit of people in the region.
A call for Development Partners to support health program particularly refugees and also the capacity of IGAD to sustain the health programs and address intractable health problems including outbreaks as well as for countries to support each other especially support Somalia and South Sudan in human resources development, was also made. 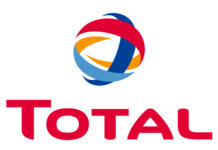 Ethio-telecom has announced plans to improve its services beginning from tomorrow,...