Several new things will be added to the upcoming horticulture expo, including exhibitions from seed companies. The expo will also become an annual event.
Tewodros Zewdie, Executive Director of the Ethiopian Horticulture Producers and Exporters Association (EHPEA), said a number of prominent seed companies and many new events will be at the expo.
The seventh HortiFlora Expo 2018 will be held in the middle of March at the Millennium Hall, according to the organizers.
Dick Van Raamsdonk, president of HPP International Group, who hosted the biennial expo in partnership with EHPEA, stated that there would be massive improvement this year.
“Our exhibition is creating a platform for international buyers, investors and businesses in the horticulture industry,” Van Raamsdonk said.
“Ethiopia is one of our prime projects. We are closely cooperating with the association to organize the show every two years,” he added.
According to the organizers, the number of exhibiting companies has increased by about 45 percent compared with the preceding event held two years ago. “That is a fast increase,” Van Raamsdonk said.
“In the sixth edition 80 companies participated and in the upcoming show 120 will and many of these are new,” the HPP head said.
HortiFlora Expo 2018, which has become one of the industry’s major shows, will be held from March 14 to 16.
Ethiopia is one of the top five horticulture producers in the world so the event has global importance.
“The HortiFlora Expo not only will have international exhibitors and visitors but will show the world what is being grown here,” he said.
Ethiopia’s industry is new but the show has grown rapidly and horticulture has done a lot to increase the image of Ethiopia, Tewodros said.
“Currently Ethiopian products are shipped to Australia, Japan, Canada, and the Middle East and we are penetrating the US as well. So this event is part of the market diversification scheme set by the association and the government and the growers. We have complied with various international market levels and standards,” EHPEA’s Executive Director said.
The government has added new horticulture locations to attract more investors in a diversified manner. Accordingly 6,000 hectares of land have been given out at Alage, Arbaminch, Hawassa and Bahirdar.
Input suppliers, growers, buyers, consultants, logistics service providers and others are part of the expo.
At the press conference Tewodros said that the board of the association has decided to this event yearly. “We are under discussions with HPP, a partner of the exhibition, to realize the board’s decision,” he added.
Even though it is only around 15 years old in Ethiopia, the horticulture sector has become one of the major sources for hard currency in the country. 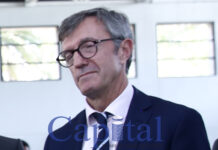 On Pseudonyms of Ethiopian Literature

New regulation forces LC to be same as invoice