The Teff patent’s controversial path began on March 26, 2003 when a Memorandum of Understanding (MoU) was signed. It was named “Teff Research and Development of International Markets for Teff-based Products” between the Ethiopian Agricultural Research Organization (EARO), Larenstein Transfer and Soil and Crop Improvements (S&C), which was a precursor to HPFI.
After two years of negotiations the final agreement was signed on April 2005 named “Access to and Benefit Sharing from Teff Genetic Resources”. The Ethiopian Institute of Biodiversity Conservation (IBC) and the Dutch company Health and Performance Food International (HPFI) was marked as signatories.
Meanwhile, the two affiliated companies filed a patent in two different offices. The S&C, which was the precursor of the HPFI, filed the patent rights on the processing of Teff flour and related products in the Netherlands in July 2003 and extend the application to the European Patent Office (EPO) in July 2004 by HPFI. The later obtained the right in 2007 from the EPO.
Based on this MoU, 1440 kg of Teff seeds were sent from Ethiopia to the Netherlands for research and development purposes. From 12 specified Teff varieties, 120 kg each was given for the use of Teff.
The final agreement provided the HPFI with access to the right to use the Teff varieties agreed to be utilized to produce food and beverage products except those which are already traditional in Ethiopia.
The agreement also set benefits for Ethiopia including royalties’ shares, license fees, profit sharing, research cooperation, and research result sharing. The HPFI was also obliged to recognize Ethiopia as the origin of Teff genetic resources.

Teff which is scientifically named “Eragrostis tef” is becoming one of the known health foods in the western world. Its ability to help weight loss, improve bone health, boost the immunity system and its diabetic and cardiac friendly approach are gaining notice.
But most importantly Teff products have become popular because it is a gluten-free cereal. Celiac disease or coeliac disease is an autoimmune condition where the small intestine is unable to correctly recognize and metabolize gluten, a prolamin commonly found in wheat.
But after four years of the agreement, the company declared bankruptcy, and Ethiopia only earned 4000 euro since then from the transaction. Before the declaration of bankruptcy, the company managed to transfer some shares to other companies.
The patent also covers the milling of flour from these grains to a fine powder; the dough or batter resulting from mixing this flour with liquid; as well as a range of non-traditional products from such a dough or batter, including bread, pancakes, shortcakes, cookies, and cakes of various kinds. The company felt that such a broad patent was required to secure its investments in teff and thus also the prospects of benefit sharing with Ethiopia.
The issue which has multiple effects on Ethiopian further exploitation of the grain obtained the government’s attention recently.
Eng Getahun Mekuria (PhD) last year said to the parliament that the Ministry of Science and Technology has been fighting the patent right claims for nine months. The Ministry which took over the fight from the Intellectual Property Office (IPO) underwent various negotiations since 2017 with the HPFI, but with no results, which led the Ministry to submit all of its evidence at hand and the issue to the AG. The Office was expected to file a suit since that time.
Fitsum Arega, former Investment Commissioner and Chief of staff of the PM, tweeted on February 3, 2019, stating that the issue is the inability of the nation’s legal system to own its national assets.
“I’m told Federal Attorney General office is looking into it to hire international intellectual property lawyers. We need to defend it” reads a tweet which was written before a day of the other one. “I just learned that The Court of The Hague ruled against the Teff patent holder. This is great news. I hope we can learn from this that our national assets must be protected.”
Replying to Fitsum the Netherlands embassy quoted that the ruling was made in November.
“This embassy confirms the November ruling. The reason for the late announcement is because the time for appeal was still running. As no appeal was made, the verdict is now final: the claim of processing teff by the patent holder is null and void in the Netherlands.”
The Netherlands government has been grilled by intellectuals for its failure to protect the internationally accepted patent rights previously.
In the same conversation Brhanu Tesgaye, the Attorney General stated that the information is misleading as Ethiopia was not a party to the case.
“The information released about Teff is misleading and not accurate. The dispute was between two private partners and the judgment that was passed in the Netherlands has nothing to do with Ethiopia’s right. That said, Ethiopia has just finalized its preparation to defend its right.”
But he did not deny the fact that Ethiopia is preparing to claim and register the patent right in the international token and the recent ruling will be a good opportunity.
While these events were happening the Attorney General was in the Netherlands, as the official twitter page for The Hague Institute for Innovation of Law released information that it sealed the deal with the Attorney General to modernize Ethiopia’s justice system. The details of the signed MoU were not released or discussed by the Ethiopian part up to date. There are no traces leading that the agreement has anything to do with the teff patent.
The office signed a similar modernization deal with UAE companies last year to build an integrated justice system. The system is expected to interconnect the justice sector data. Unfortunately, the development of the system is behind the planned time to begin implementation because of various barriers.
HiiL is a social enterprise that emerged in 2005 devoted to the user-friendly justice system and founded by a small group of people who felt that justice systems were not delivering enough. The non profit organization is based in Hague, Netherland.

One Water to increase production with 100 Mln birr investment 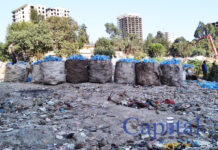 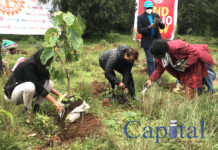