“Ethiopia shall come into her own again…the nation by the people, to the people, and for the people will triumph again.” Tsegaye Gebre-Medhin

This week I write from Tampa, Florida, a near seaside city and melting pot of people from all around the world, including Ethiopia. It is where I attended Kidist Mariam Ethiopian Orthodox Church before moving to Ethiopia in July 2005 and it is from here and from everywhere, for that matter, I’ve received questions with deep chagrin and offering of prayers for Ethiopia during this sad time. We left Kingston on the same note with our final interview questions on “The Africa Running African” radio show with Ka’Bu Maat Kheru asking Artist Merid Tafesse and I about the coup attempt. Naturally, best hopes for Ethiopians to dwell in peace and safety were also expressed. As Creatives, one of our roles is to share thoughts that express people’s emotions and aspirations. Ethiopian poet, Tsegaye Gebre-Medhin penned the following twenty years ago, “The peasant, the patriot, the soldier, the traitor, the housewife, the priest, the sheikh … It is from them that I learn about my country and people. And generally their comments are accompanied by tears; their stories are mostly melancholy; their memories are bitter and tragic. It is that which I reflect in my writings. That is why my plays dwell on tragedy.”
I borrow a leaf from the Laureate’s book for the purpose of this article to share the lament of the cab driver, artist, chef, teacher, student etc. who are among the concerned, curious and connected; wanting to know more about the traumatic and dramatic situation unfolding in Ethiopia. Art imitates life and life imitates art, and story lines of triumphs and tragedies, seemingly influenced by Ethiopian narratives, continue to be relevant, real and felt worldwide. I think back on literature; Shakespeare’s Macbeth, Eugene O’Neil’s Emperor Jones, and most recently Stan Lee’s Black Panther set in mythical Wakanda. Stories of power struggles and attempted coups filled with subplots from envy to entitlement and everything in between reflect many of the real life scenarios which historically and recently unfolded in the land of St. Mariam. We all know these issues are deep seeded, dynamic and filled with colorful characters with no shortage of internal and external forces. But prayers, positive acts of good will and love are still an essential and welcomed part of re-building trust and fostering hope for Ethiopia, a shared sentiment in the African Diaspora.
Over sixty years ago African American poet, Langston Hughes wrote, “Call of Ethiopia”. It is still relevant with sentiments reflecting the notion that Ethiopia’s victories are the victories of all black people. I share Langston Hughes’ poem.
CALL OF ETHIOPIA
Ethiopia
Lift your night-dark face,
Abyssinian
Son of Sheba’s race!
Your palm trees tall
And your mountains high
Are shade and shelter
To men who die
For freedom’s sake —
But in the wake of your sacrifice
May all Africa arise
With blazing eyes and night-dark face
In answer to the call of Sheba’s race:
Ethiopia’s free!
Be like me,
All of Africa,
Arise and be free!
All you black peoples,
Be free! Be free!
Twenty years ago, Laureate Tsegaye, connected the dots further regarding the role and relationship between Ethiopia and the world in an article by Wendy Laura Belcher published in the Ethiopian Review October 1998. Belcher asked, “If we had someone here with us today…who had many Western ideas about Ethiopia, what would you tell … to give an idea of Ethiopia’s historical importance and role?” The poet responds, “You shall know the truth and the truth shall set you free. The cradle of man is here, the beginning of man is here, there is no refuting that. Archaeologists, geologists have dug everywhere and they have come up with the bones to prove that man started here. And that man was not sleeping, from the moment he was created he started creating. The heritage of that man, of the ancestor, is the heritage of the world. You don’t begin knowing yourself halfway. You don’t start from Europe, because Europe started from Africa. It started in Ethiopia and Egypt.” I close with grand applause for the Laureate’s retort to WLB’s ‘what about …recent Ethiopian history’ a an answer applicable today, “Ethiopia shall come into her own again. Democracy shall triumph. The law will have the upper hand, not tribalism. With the law and with democracy, the people shall have the upper hand. We are suffering, we suffer because of littleness and because of greed, imperial greed, the partitioning again of Africa. But empires who consume with blind greed have throughout history been consumed by the power of the people. The Greeks have, the Romans have, so have many empires. But the nation by the people, to the people, and for the people will triumph again.” Long Live Ethiopia! #Ethiopiamatters

Dr. Desta Meghoo is a Jamaican born Creative Consultant, Curator and cultural promoter based in Ethiopia since 2005. She also serves as Liaison to the AU for the Ghana based, Diaspora African Forum.

New festival to promote charity and culture for kids 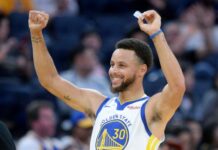 Why are mobile livescores so relevant today?