The Internet Society together with its partners conducted the first Ethiopia Internet Development conference that took place from 3-5 March 2020. The multi-stakeholder event aims to prepare the country for the new era of liberalized telecom sector and start developing the Internet ecosystem for the benefit of citizens and businesses alike. 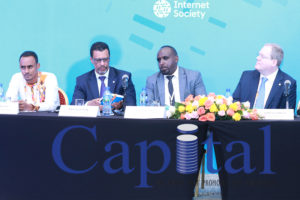 Internet penetration in Ethiopia is currently 18.6 percent which is less than half the African average. Considering the country is one of the fastest growing economies in the region, holding a strategic geographic location and having a young population of over 105 million – more than 60% of whom are under the age of 30– connecting and expanding Internet access is a key part of Ethiopia’s Government Strategy to tackle a number of its acute problems such as youth unemployment.
While Internet penetration increasing about 45 percent annually, it has yet to catch up with its peer nations in Africa. The gaps in Ethiopia exist in large pockets of no network zones in rural areas and 4G is only available in the capital. Moreover, Ethiopians are not yet benefiting from the many Internet-related services that other countries have to develop their economies as well as to improve the lives their people.
The conference aims to create awareness amongst policy makers, regulators, businesses, technologists and potential entrepreneurs about the Internet model and technology and create the foundation for a robust Internet ecosystem in Ethiopia in this new post-monopoly era. 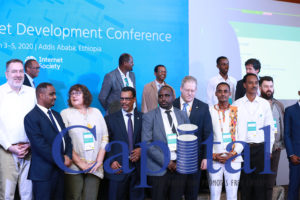 “With less than 20% of the population connected, Ethiopia has a tremendous opportunity to expand Internet access and to use it to improve the lives of its people. As one of the oldest nonprofit organizations dedicated to the Internet, we have a long history of working with governments and other partners to help bring connectivity and its benefits to countries around the world. We appreciate the support of the Ministry of Innovation and Technology in this event and look forward to working with them to help expand Internet access in Ethiopia for the benefit of its population, whether they are in big cities or in remote areas” said Dawit Bekele, Regional Vice President for Africa, Internet Society.

Jubilation as the first phase of GERD filling completed

Bahirdar firmly in control of group A top spot

CAREFUL WITH WHAT YOU FANCY 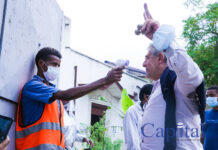 Any cheques now require drawer’s confirmation before clearing a

COVID 19 will affect the economy for the next 10 years