Agriculture commodities have generated the highest export earning to the nation in the current budget year 2019/20. According to the Ministry of Trade and Industry report coffee, flower, oil seeds, khat and pulse has generated 73 percent revenue of the overall exported commodities.
The Ministry said that 3.029 billion dollars was generated from total export in the recently closed fiscal year 2019/20. The bulk of the revenue was secured from the agriculture sector which is said to be 88 percent of the total export target.
As stated by the Ministry, in the budget year the country exported 1.1 million tons of agricultural products to the world.
Scarcity on supplying of products, quality of products, weak local market system, small market range, finance and incentive, lack of information system, limited logistic service, illegal trading and contraband has been identified as challenges for not meeting the target.
To tackle the challenge related with illegal trading and contraband the Ministry has issued the ‘export contract registration and administration directive with the goal of controlling the 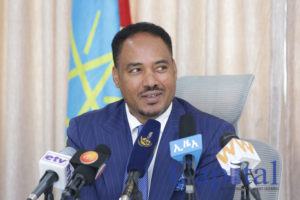 export of agricultural products mainly traded at the Ethiopian Commodity Exchange (ECX).
“The measures have positive impact on reducing the challenges and improving the sector,” said Misganaw Arega, State Ministry of Trade and Industry, “to control the illegal movement and price increment the ministry is strengthening its capacity with different governmental offices and stake holders.” According to him the ministry has taken different measures on 59 exporters out of which export licenses of 10 were fully revoked.
The manufacturing sector only generates 406 million dollars which is only 51 percent of the target. The mining sector contributes 208 million dollars which contributes only 7 percent to the overall export sector. Other different service export items generated 73 million dollar. The mineral export earning has shown a staggering growth of over 400 percent compared to last year. In the 2018-2019 the country earned only 49 million dollars from mineral export.
The major export items of Ethiopia include coffee, textiles, flower, Khat, cereals, fruits vegetables, meat, cattle, leather and leather products, gold, tantalum, chemical and construction input and electricity.
In the face of declining global trade caused by disruption in the supply chain caused by COVID-19 outbreak, the export performance of the country is encouraging. It is stated that the country’s target for leather and leather products and live animals export attained less than 50 percent of the target.
Considering the severe challenge and unprecedented adverse complications occurred during the Corona virus, the government needs to bailout some sectors by issuing intervention areas which needed immediate action.
The horticulture sector which is the second biggest export commodity after coffee has show an increment in volume and price in recent weeks. It generated 440 million dollars in the fiscal year.

US diplomats weigh in on TPFL and Ethiopian Government

EDM booming in Addis and beyond

What a breath taking goal from Salhadin Seid!!

Abay Bank’s innovative way to give back 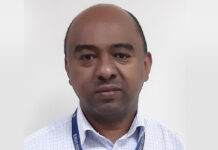 4G Advancement in Ethiopia: a milestone in the country’s telecom landscape