The Ministry of Trade (MoT) has promised frustrated home buyers from Access Real Estate that they will settle their dilemma soon, but they did not give a specific time.
A week ago the main committee of Access Home buyers visited the ministry office to discuss why it has taken so long to find a solution to their problem. Since they appeared without an appointment they did not have enough time to express their concerns, while the Bekele Bulado (PhD), Minister of MoT, agreed to meet them on Wednesday January 10 at the MoT hall, according to sources.
The committee and Bekele met on Wednesday. Sources told Capital that in the meeting the minister promised to solve the problem as soon as possible.
The committee members representing home buyers at 19 sites claimed that the ministry is the body that should give a solution to their case, according to sources who attended the meeting.
“Bekele also told the committee members to follow the case as usual and insist that other relevant government offices like the city government speed up the case and provide a solution,” sources told Capital.
The audit report carried out by the Audit Services Corporation and submitted to the Ministry of Trade on April 7, 2017 indicated that the company had collected 1.3 billion birr. The major share or 1.16 billion birr came from home buyers.
No one who gave Access money for a home actually received one even though the company promised to transfer the houses five years ago. This eventually led to the Prime Minster promising the 2,500 home buyers a solution at the meeting. The home buyers sued Access and affiliates and the courts mostly ruled in their favor.
A few weeks ago, the home buyers committee wrote a letter for the second time within a few months asking to meet with the PM. In their letter they complained that even though the main committee was formed by executive order of the PM and some actions were taken, the 2,500 home buyers have not gotten any solution. They begged the PM to meet with them to explain their problems.
The joint letter signed by Mebrat Woldetensai, board chair of Access Real Estate, and Aklog Seyum, chair of the main committee for the home buyers that was issued in early November 2017 asked the Attorney General about how the legal process was going since they had requested that Access Real Estate be held accountable for their actions.
In another letter signed on October 23, 2017 a separate group of home buyers also asked the PM for support. They asked to be compensated for what they paid to Access Real Estate. “We are not represented by the main committee of home buyers and the proposals tabled by the committee do not represent us,” the letter signed by Bekele Woldemichael, who was mentioned as chair of the committee of 168 people who purchased homes from Access and Pacific Link, said.
They asked the government to involve them in any decision it makes. They also wanted the government to form an independent caretaker administration and board to get their home. “If our request is granted we will stop the court process and work with the government’s decision,” the letter reads.
Aklog Seyoum, chair of the main committee, agreed with the claim of the other group of home buyers about the representation. “The main committee is working for the home buyers who gave legally authenticated representation to find a solution in an organized manner, but there is a group who filed a case at the court and got a final decision from the court,” he told Capital.
The group mentioned as a separate committee did not get representation from the main committee, according to Aklog.
“We are looking for an administrative and political decision from the government but they preferred to go the court,” he elaborated.
“We are waiting for a solution supported by the government, they have a right to go on the way that they prefer,” Aklog argued. 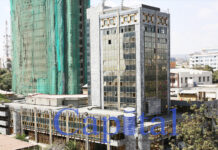 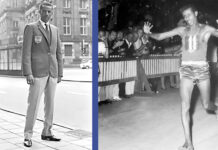