A BBC News Arabic investigation has uncovered systemic child abuse inside Islamic schools in Sudan. There are nearly 30,000 Islamic schools, known as “khalwas” across Sudan.

The investigation, “The Schools that Chain Boys”, has found that boys as young as five-years-old are routinely chained, shackled and beaten by the “sheikhs”, or religious men in charge of the schools. The investigation also found evidence of sexual abuse.

For 18 months undercover reporter Fateh al- Rahman al-Hamdani – who used to study at a khalwa himself – secretly filmed inside 23 khalwas across Sudan. He found boys shackled and chained and witnessed brutal routine beatings. Many of the children were malnourished and living in squalid conditions, forced to sleep on the floor in extreme heat. Sick children were left without medical help.

What Africa Needs to Know from WEF Davos

Playing with the train 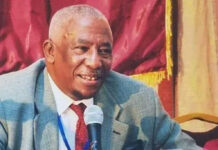 Is the word “Resign” absent in Amharic dictionary? 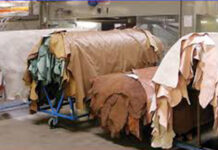