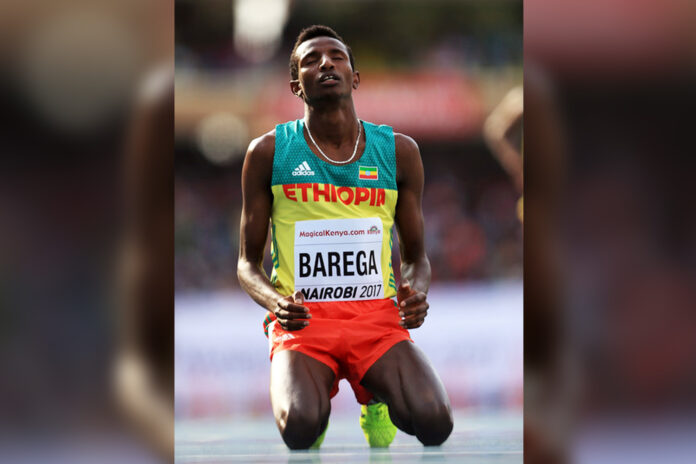 Ostrava featured men’s 5,000 meters exciting battle between Jacob Kiplimo and Selemon Barega in the last lap. In his first race of 2020, the 19-year-old from Uganda kicked past the Ethiopian on the homestretch to win in a personal best of 12:48.63; Selemon followed in 12:49.08. In the process, Kiplimo and Selemon ran the third and fourth-fastest times in the world this year, respectively.
Selemon’s final stretch performance earned a huge praise from the athletics world for he was under a tough condition to flex his muscles up to his liking at the time of Covid19.
Four days after breaking the world record in the one-hour run, Ethiopian Sifan Hassan returned to the track and ran the sixth-fastest 5,000-meter time this year.
The Ethio/Dutch distance runner kicked past her competition on the backstretch of the last lap to win the women’s 5,000 meters in 14:37.85 on Tuesday at the Golden Spike meet in Ostrava, Czech Republic. She beat runner-up Sheila Chelangat and third-place finisher Yasemin Can by three seconds.
Tuesday’s win is not the first time Hassan has been successful in a quick turnaround between races. During the 2019 World Championships in Doha, Qatar, she won the 10,000-meter title on September 28 and came back to win all three rounds of the 1500 meters between October 2 and 5. In the process, she became the first person to win both the 1500 and 10,000 meters in the history of the world championships or Olympics.

The G20 “Compact with Africa”

Surafel and Senaf win Players of the Year award