One of the two Amhara region representatives in the Premier League Fasil Ketema’s formal request to be the first Football guest of Eritrea to have a goodwill friendly match received a heartwarming response from its counterpart. “We have been one and the same having long history that counts more than three centuries therefore we are longing to go back home” the letter from the Club that sent to Eritrean Football Federation stated.
Though just two seasons in Ethiopian Football top tier, the Gondor based side that boasts Ethiopian all-time greatest King “MeysawKassa” Atse Tewodros’ bust as the club’s emblem, is one of the most popular side in the country with Hundreds of Thousands of travelling fans, thus the occasion expected to be once again a dream-come-true moment to reestablish the long lost love, peace and brotherhood between the two historic population.
Following the recent time boldest move of World Politics by Ethiopian newly appointed PM Abiy Ahmed tying a knot with Eritrean Premier Essayas Afeworki Fasil Ketema took the amazing initiative of Football Friendly match that will add momentum to future Peace, Love and prosperity among the two nations. “It is not about the economy but the blood-tied relationship between them is the most important and there is nothing better than football that could bring that dream come true” an Eritrean football fan exited by the event remarked.
The Eritrean Football Federation led by international referee Tesfaye G/Yesus accepted the invitation from Fasil thus the historic friendly match encountering an Eritrean Club is to take place in two weeks’ time. 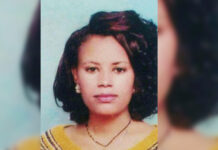 Music for a good cause 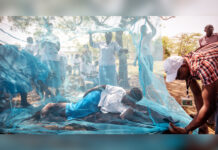 Mulugeta is back to Hawassa taking the hot seat

Is 2026 World Cup coming to Africa? Morocco promised to