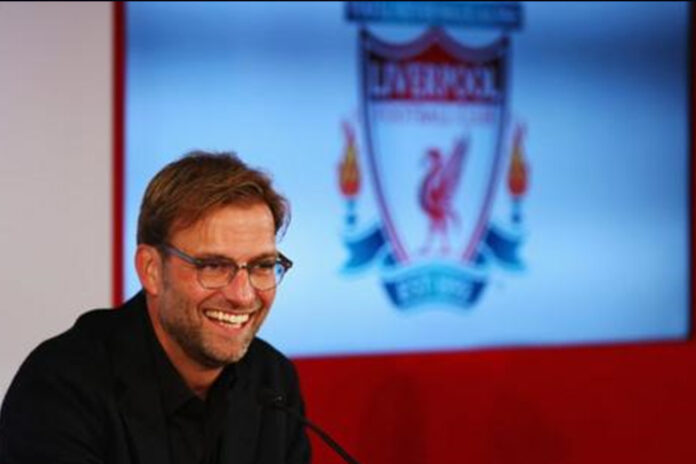 when Jurgen Klopp walked into Anfield for his first day as Liverpool manager on 8 October 2015, there was one keynote message from his public address.

“We must turn from doubters to believers,” said the charismatic German as he sat in front of the cameras and lights of the world’s media.

Less than five years on, no-one doubts Klopp or his players. After a remarkable rise from 10th place on his arrival to European champions for the sixth time, they have now returned to their domestic perch as Premier League champions, too.

Liverpool and their manager were forced to wait an extra three months for their coronation as the season was halted by the global coronavirus pandemic but the silverware is reward for his revitalisation of the club and its support.

Klopp’s public persona is the big man with the tactile approach and the booming laugh. The animated presence in the technical area, celebrating with players and fans. So much more goes on behind the public image – so much more that gives the lie to those who nonsensically claimed Klopp’s greatest coaching quality in his early days was as a cheerleader.

Behind the scenes, away from the public gaze, his meticulous approach, as well as his intellect for football’s modern methods and matters outside the game, make him the towering figure in Liverpool’s spectacular revival.

The notion that he simply strolls around Melwood smiling and hugging people may sustain those who wish to pour cold water on his brilliant successes, or downplay his tactical shrewdness. The reality could not be more different.

Klopp believes the training ground is where the difference is made. This is where the drills are run through, where tactical ideas are tried and tested. Bolt onto this some spectacular recruitment and you have the 2019-20 Premier League champions.

Every session is meticulously planned with his staff before training. Klopp will then address his players to outline their work in depth. He is not just Liverpool’s manager, he is Liverpool’s coach. Every aspect of every day is plotted and analysed in minute detail. In preparing for games, he insatiably gathers information before condensing it into the essential and most urgent details. Inside Anfield this is regarded as a key skill that helps drive one of his best qualities – the ability to take big decisions quickly, without prevarication, and getting those decisions right.

Klopp himself is the exact model of planning and efficiency he expects of others. He insists on punctuality, on everything operating like clockwork. If a meeting is planned for 10am, 10am it is. His and Liverpool’s success is the result of a fiercely driven individual. The hard work of the manager and all those behind him. As he says: “I live 100% for the boys, with the boys.”

There are no gimmicks. No “Hollywood” moment was transformative in the story leading to Liverpool’s coronation as Premier League champions. Klopp is the leader, strategist and inspiration. But of course there is also a team behind him.

When the German arrived at Anfield it was inevitable that he would be joined by two of his closest, most trusted allies – ZeljkoBuvac and Peter Krawietz.

Buvac and Krawietz had been central to Klopp’s management team at Mainz and Borussia Dortmund. The trio came as a package wherever he went. Within that structure, the taciturn Bosnian-Serb Buvac was known as “The Brain” for his awareness of tactical detail while German Krawietz was “The Eye” for his acute analytical skills.

But when Buvac’s 17-year association with Klopp ended suddenly in April 2018, it led to a new dynamic in Liverpool’s coaching set-up – and new levels of success.

Klopp, of course, is the leader in all respects, while Krawietz is now joined by Pep Ljinders.

The 37-year-old Dutchman had already made a huge impression at Liverpool, having worked at the club as an under-16s coach before being appointed first-team development coach in 2015.

Three years later, Ljinders left to take over as manager of NEC Nijmegen in the Netherlands. It proved to be a short stint and when he left, Klopp had no hesitation in bringing him back for the start of the 2018-19 season to fill the gap vacated by Buvac.

Both Krawietz and Lijnders are assistant managers. No hierarchy exists and both serve crucial, differing roles within Klopp’s team. Krawietz runs a team of four analysts, focusing on all aspects of previous and forthcoming games – a role so integral it shapes training sessions and team selection. He is on the training ground every day.

An example of how the Klopp-Krawietz partnership works is seen in messages exchanged by the pair during the 2018 World Cup in Russia.

They had homed in on the increasing influence of set-pieces, both defensive and attacking, and a decision was made to be more innovative, especially as Liverpool were now armed with the height of Virgil van Dijk and the delivery of Trent Alexander-Arnold. The facts speak for themselves.

In 2017-18, Liverpool scored 13 goals and conceded 12 from set-pieces. Increased focus and innovation following the World Cup saw them score 29 and concede only eight in the subsequent campaign.

Such enlightened attention to detail even included the arrival of a dedicated throw-in coach, the Dane Thomas Gronnemark, after the tournament, an appointment designed to eradicate errors and maximise the many re-starts from this position during games.

However, Liverpool and Krawietz are not slaves to specifics. He and Klopp still want room for free thinking and spontaneity at set-pieces. What greater example than Trent Alexander-Arnold’s quickly taken corner that caught Barcelona cold in last season’s Champions League semi-final second leg at Anfield?

During a normal week at Melwood, Krawietz will usually present Klopp with 90 minutes of analytical detail which will be whittled down over the course of two meetings to a 25-30 minute presentation which the manager will deliver the day before the game.

The main aim of the session is that Liverpool’s players are made aware of their opponents’ strengths. But they also leave the room with greater confidence in their own ability to do damage. 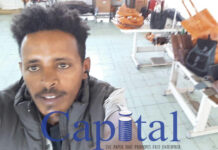