Pressure is mounting on Ethiopian national team Coach Abraham Mebratu following the humiliating expulsion from Olympic qualification preliminary round. Back from 4-0 away demolition by hosts Mali, questions whether Abraham who never have first hand experiences of football can build a humble national team in time for 2020 AFCON Cup final is stirring debates among football fans. “Abraham is trying to impress his employees by being busy on matters outside football like visiting youth projects far from Addis Ababa and planning an ambitious plan of visiting Europe and America in the name of Ethiopian football.
“I am planning to go abroad to discuss footballing matters with England national boss Gareth Southgate as well to scout footballers that could play for Walya” Abraham once told Ethiosoccer. And according to critics all these are about showing bravados to show that he is really doing something worth of 120000 Birr salary he is pocketing monthly.
“Being charming and harmless is what made him ideal for Sewnet Bishaw and so called national technic departments that always look for “A Yes Man” for the job” critics suggested.
When it comes to records since Abraham appointed national Boss that is eight months it is always about building the future and the young upcoming players he loves to talk. But so far he has nothing to show to football loving public except boasting subjective matters. Once he invited former footballers to discuss issues concerning the dramatic declines of the sport. But never told the public what he achieved in doing so. “That all is about media consumptions.” Wondemu suggested.
“He is the second ever national team coach since Sewnet Bishaw but a bit smarter than his predecessor in manipulating media” Wondemu added.

V&A in talks over returning looted Ethiopian treasures in ‘decolonisation’... 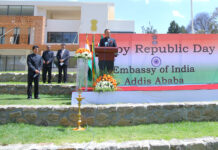 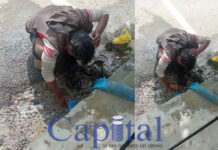